Here are some more fun slime DIYs for you to check out! Great slime activities for kids!
Slime Kits 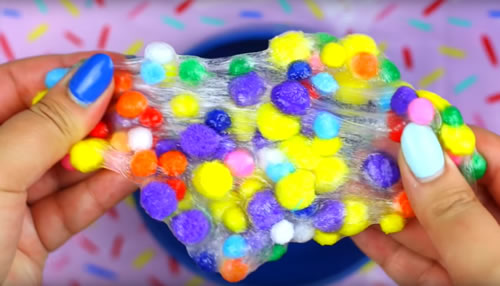 Add some clear Elmer’s glue to a bowl 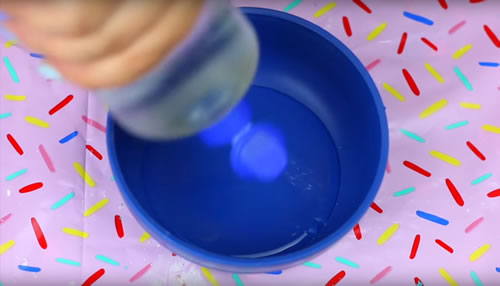 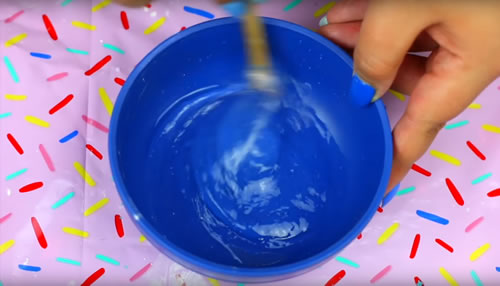 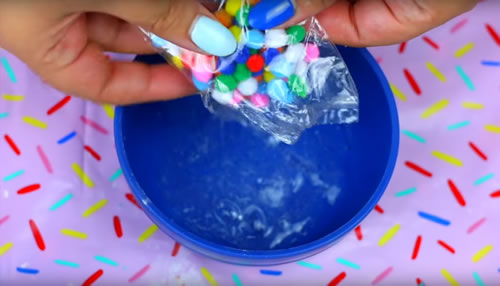 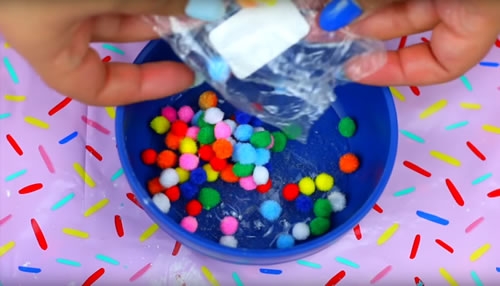 Mix in with your hands 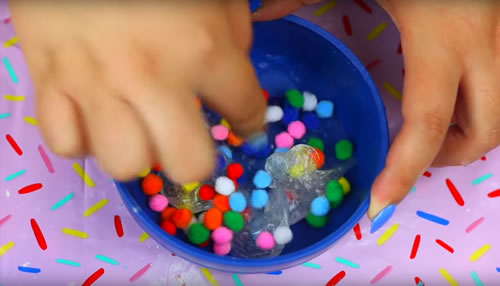 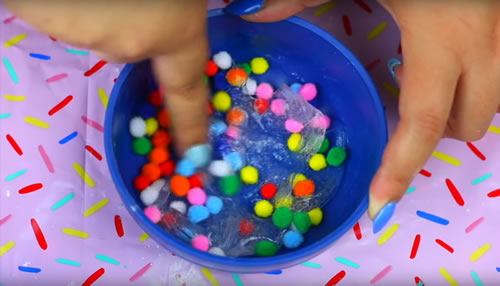 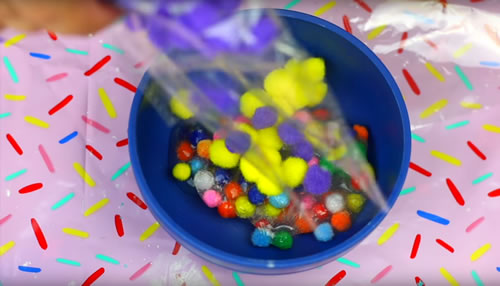 And that’s how you make this DIY 2 ingredient slime with pom poms! 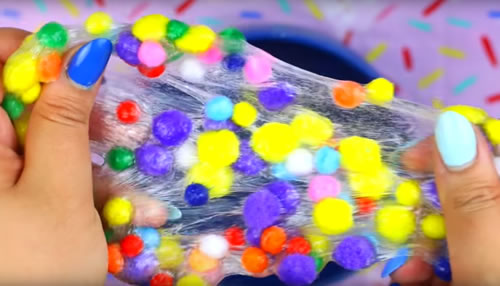 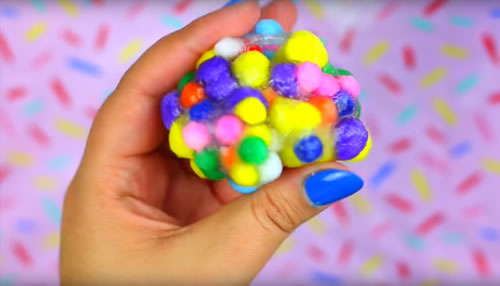 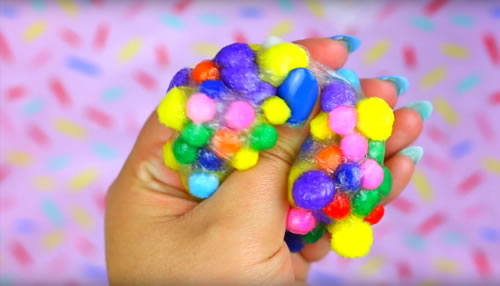 So wasn’t that the coolest DIY 2 ingredient slime? It’s so creative and unique to add the colorful pom poms to make the slime more fun. You can make this slime without borax and without liquid starch and no detergent which is really cool. This isn’t fluffy slime but it’s crunchy slime. The pom poms make this a fun rainbow slime that is super cool to play with. You could add another ingredient to this slime….glitter – that would make this slime so cute. I love that this is such an easy DIY you can make quickly. This do it yourself slime is hands down super fun to play with. This Youtube video tutorial was made by Hello Maphie. She has a ton of cool slime videos on her channel. You can find slime videos on her channel like: water slime, 1 ingredient slime recipes, no borax slime recipes, testing slime, satisfying slime recipes and so much more. She also has a Spanish channel there she has Haz Slime Con Agua, Haz Slime Con 1 Ingrediente & more. Check out her channel and show her some love. If you need more slime inspiration you can check out Youtube for a ton of DIY slime and homemade slime videos or you can check out Pinterest.   On Pinterest you can find slime ideas and slime activities that are great for kids, teens and tweens like with shaving cream, with contact solution, with baking soda, with shampoo, non sticky and even slime stress balls. So really there is so much you can find and so many slime ingredients from basic to advanced. Leave me a comment and let me know what is your favorite kind of slime to make at home? What are your favorite ingredients to use in slime? Stay tuned for an DIY edible slime recipe with 2 ingredients….gummy bear slime! Until then have a wonderful day! 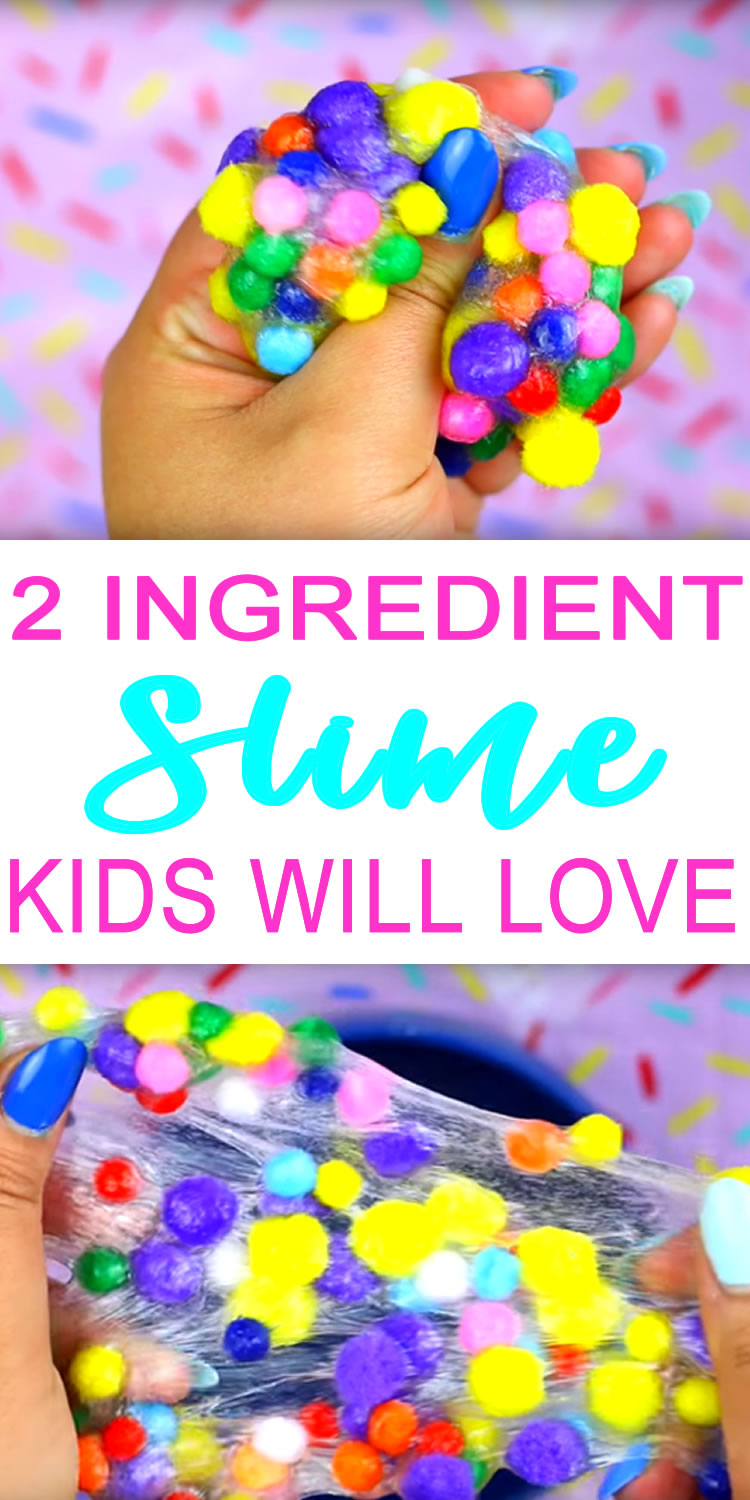