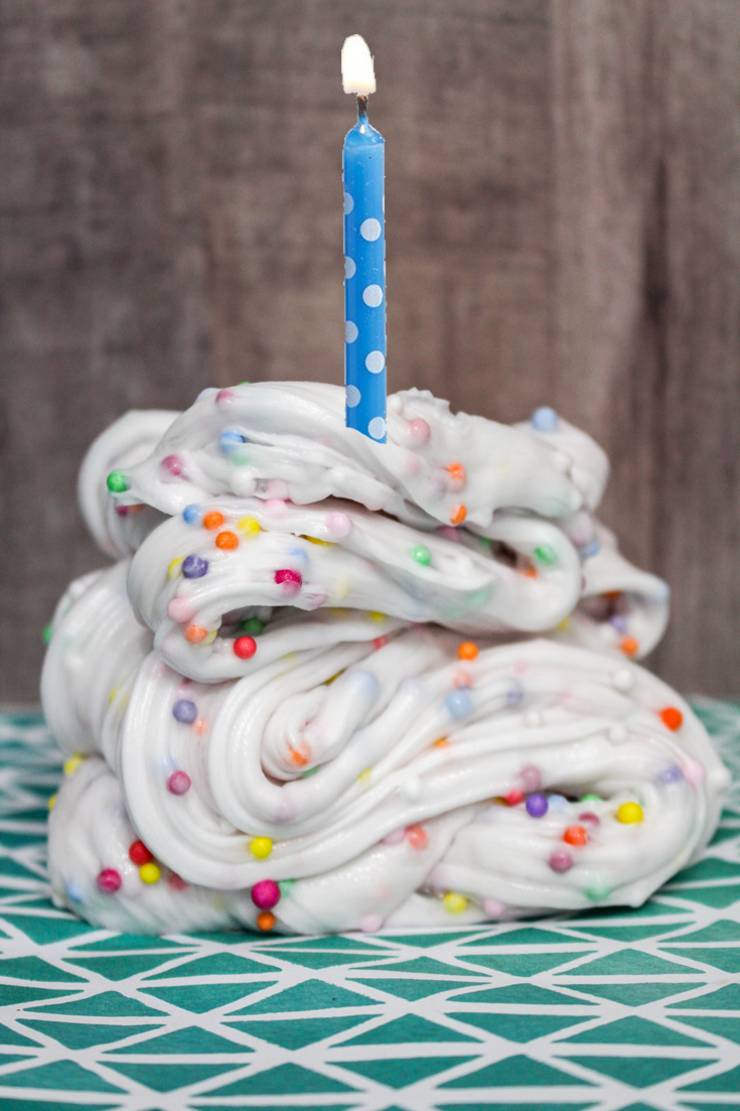 This birthday cake slime would make a great birthday party favor. Make a whole batch of slime and divided into containers for each kid to take home. DIY Birthday Cake Slime

A glitter party slime that makes a great party favor for a princess party. Princess Putty

Put together a slime kit and send the kids home with all the materials to make slime. Elmers Glue Slime Kit Party Favor 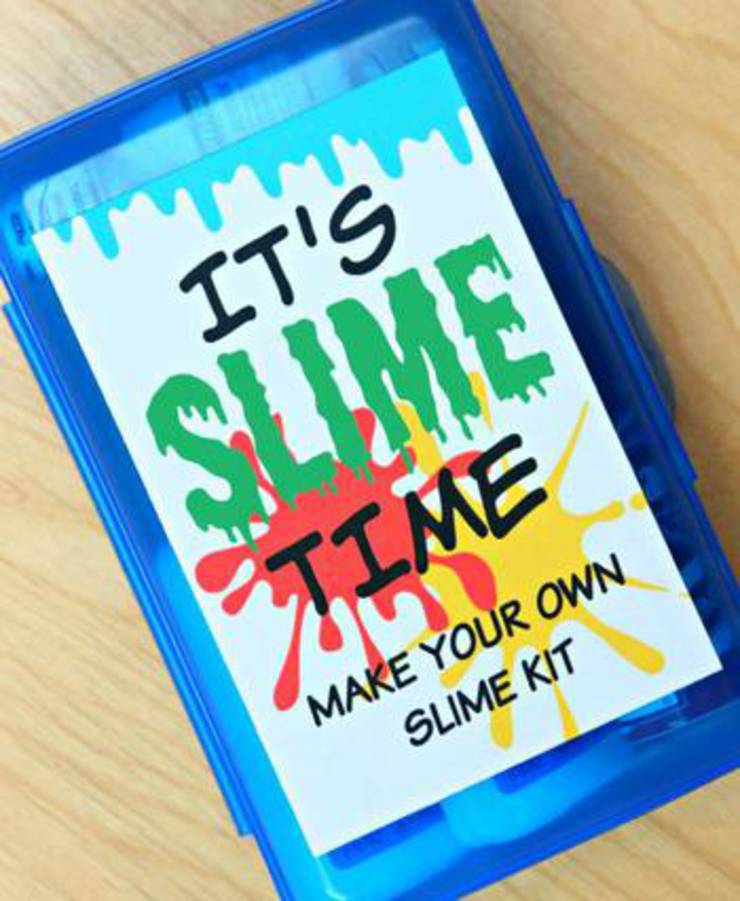 Fill a pencil box with all the ingredients needed to make slime and add the free printables to go on top and inside the box. DIY Slime Kit 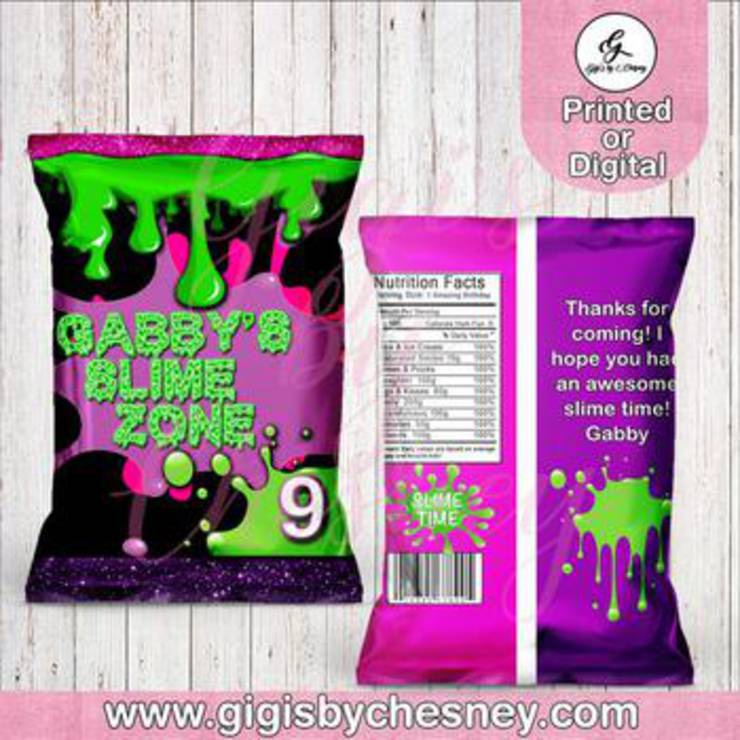 Not slime for this one but the coolest idea – Custom printable slime bags. Fill with your favorite chips – cookies or treats. Slime Party Favor Bags 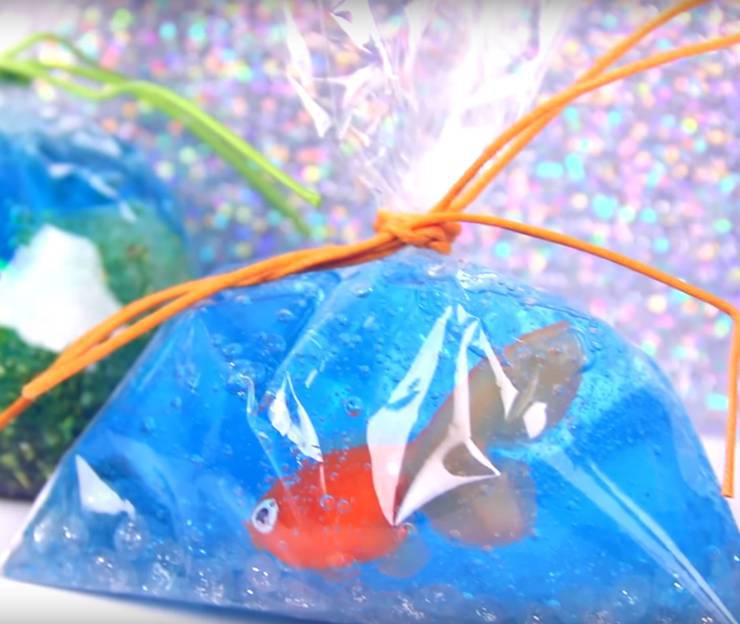